We now know that man-made climate change is real and that it poses a great threat to the planet and its inhabitants. Current data suggest that we need to reduce greenhouse-gas emissions in developed countries by at least 80% by 2050 in order to have a chance of staying below an average temperature rise of over 2°C . Factory

farming is a major contributor to the climate change challenge, releasing vast volumes of greenhouse gases.
It is our desire, that by implementing this project, we will influence students’ awareness of thinking about the possible consequences of climate change and how they can contribute to mitigating those consequences. 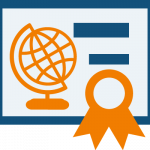 Our project is started because we feel that there is a common need in the field of ICT (electricity, electronics). In different countries (and even regions) there are used different automation systems, each one with its specific features and (dis)advantages. Therefore we realized that we could (should) do something in common. By doing so we will reinforce their employment chances on the labour market as well as participation in civic and social life.
So with 4 partnerschools from Spain, Belgium and Finland this 2 year project was created. 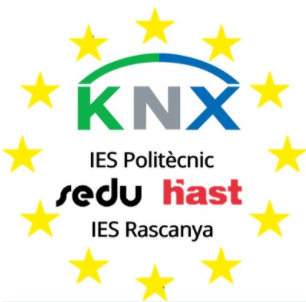 Fossil fuels have, and continue to, play a dominant role in global energy systems. But they also come with several negative impacts. When fossil fuels are burned, they release large amounts of carbon dioxide, a greenhouse gas, into the air. Greenhouse gases trap heat in our atmosphere, causing global warming.
They are also a major contributor to local air pollution, which is estimated to linked to millions of premature deaths each year. As low-carbon sources of energy nuclear and renewable, become readily available, the world needs to rapidly transition away from fossil fuels.
The aim of the project ”Keep calm and go solar” is to encourage students to think about how they can contribute to reducing global warming